The large hall feels cavernous. The last volunteer straightens a sign-up sheet on one of the chairs and sweeps the room with a backwards glance. And then she is gone. There is silence in the enormous room. One thousand chairs perfectly aligned. There are water bottles and a jumbo chocolate chip cookies neatly positioned on each seat. The camera is fine tuned, focused on an empty podium. Two immense screens are black, waiting. The technicians, with a few minutes to spare, have left to take a much needed break. The air is thick with expectancy, the clock ticks and every second brings the opening time closer.

And then it is 7:30, and there is a buzzing sound coming from the entrance.  The large doors to the vast halls are thrown open and the girls pour in. There is no steady trickle; it is like a dam breaking, a  wave unleashed, and chattering, enthusiastic, excited seminary girls flood the halls. There are hugs as girls meet their friends, there is quiet laughter and a palpable sense of energy. By 7:45 the hall is full.  By 8:00 it is bursting and girls fill every available space. There is a repositioning of chairs, more are brought in, and some make do with the floor. The hall darkens and a hush settles over the hall. April 23rd, ches Iyar, 5778, and the inaugural Lechu V’Nelcha Inter-Seminary Event has begun.

Havav Mattisyahu Salamon’s penetrating eyes gaze at the crowd from the large screens. His words are welcoming, encouraging, demanding the girls’ continued growth. He speaks about the vital necessity of joining Lechu V’Nelcha and its sacred mission. He details the girls’ journey, having been raised in a Bais Yaakov environment and now moving onward, and the urgent need to be part of a movement that will maintain their commitment to the fundamentals of Yiddishkeit and encourage them forward in this new chapter of their lives. His divrei bracha envelop the audience.

The video presentation continues and those assembled view girls from cities throughout the world who have joined Lechu V’Nelcha , with its weekly shiurim, events and summer retreats, and the impact it has had on their lives.

And then Rebbetzin Dinah Fink, the founder and driving force of Lechu V’Nelcha ascends the stage and all eyes are upon her. She warmly welcomes the girls and in her inimitable style, shares the challenges that many graduates face. She speaks from the heart, having seen first hand the downward spiral that ensnares many girls who remain unmoored and without guidance or mentors. She implores the girls to sustain the spark that has been ignited during this wonderous seminary year and carry the inspiration forward by being a part of Lechu V’Nelcha and its continuous learning programs. She then introduces RabbiTodros Miller, who has flown in from Gateshead, especially, as the keynote speaker.

Rabbi Miller is a masterful orator, who keeps the girls spellbound with his comparison of the nine months of seminary to the nine months of pregnancy and its potential for growth. He contrasts chadashim– renewal and expansion, with shanim  and its symbol of stagnation and sameness, and posits that the task of each and every one of us is LECHU- to move onward and upward. In Yiddishkeit, there is no such thing as remaining the same.  We are either moving upwards, actualizing our ultimate potential and growing, or we are on a dangerous descent into a frightening abyss. He urges the girls not to remain complacent, but to follow in the footsteps of Avraham Avinu, the first one to be tasked with ‘lechu’, with the command of ‘Lech Lecha‘. There are girls in the audience who are copiously taking notes in their spirals, others are scribbling on the backs of loose paper, some, eyes like saucers, are just absorbing the inspiration- all are captivated. As Rabbi Miller wraps up his shiur, there is thunderous applause and 1400 girls rise to their feet for kvod haTorah.

The lights dim and the sand art presentation begins. As the talented artist delicately sprinkles sand and moves her hands in ballet-like motion, the narration comes to life. It is a familiar story, similar to many, of a young, fresh-faced seminary graduate, starry eyed, spinning dreams of the not-so-distant future. She has spent a wonderous, magical year in Eretz Yisrael, and envisions her next chapter in life unfolding. And then she lands back home. Hard. The challenges she faces, the hardships she endures, the perils and pitfalls of real life without the comforting cocoon of Bais Yaakov are painted in sound and sand. There is absolute stillness in the room. Girls are sitting on the edge of their seats and some stand to get a better vantage point of the stage. As the narrator describes the absolute relief of joining Lechu V’Nelcha, and having a place to share her experiences with like-minded girls, there is a palpable release of tension in the audience as well. As the sand artist deftly swirls the sand for the final time, the girls rise to their feet spontaneously. There are gasps of delight as the crowning image emerges. There is sustained clapping and there is a magical energy in the air.

The evening is drawing to a close, but there is one final surprise. Mrs. Tammy Karmel, a young mother battling ALS, and whose strength of character and indomitable spirit has touched the lives of so many, has arrived with a pre-recorded message for the girls. As her wheelchair is slowly wheeled to the front of the hall, the girls erupt in impromptu singing and their voices swell louder and louder. As Tammy’s message is played on the screen, it is both heartbreaking and heartwarming. She likens her oxygen dependency to the life-giving force of sustained, committed growth and the imperative to join Lechu V’Nelcha.

Although the program is officially over, and the main lights are switched on, the girls are in no rush to leave. There is soulful singing, and as over a thousand girls link arms and sway to the refrain of an age-old song, there is inspiration and hope intertwined in the melody. The evening has surpassed the wildest dreams of the coordinators. It has been moving, mesmerizing, magical. The girls fill out their Lechu V’Nelcha sign-up sheets and place them in designated boxes. With a spring in their step and a last goodbye, they are gone.

The hall is empty again. Crumpled papers and the detritus of a packed audience are all that is left. The chairs are a jumble, and the cleanup will soon begin. But the air! The mood! The magic! That still lingers in the atmosphere and in the hearts of every girl who has been a part of something greater than themselves.

The tune carries me out into the cool night. It is here, at the tip of the road facing the hills surrounding Yerushalayim that over 1,000 girls have gathered in the night.

For what have they gathered? What purpose brings them streaming from seminaries from every direction of this holy city?

“Everyone wants a good life”, the voice of Rabbi Todros Miller thunders over the microphone. “But what defines a good life?” אין לך ימים שאדם שרוי בטובה יותר מאותו הימים. The girls have spent nine months ensconced in the uterus of seminary, eating of what the mother eats, drinking of what the mother drinks. Nine months of constant growth, progress, development. And now?

The auditorium is vast and the girls are many, but the spirit of Lechu V’Nelcha spreads throughout the room and enters each heart. We have tears in our eyes as we follow the graceful painting of one girl’s story, feel her loneliness, her pain, her confusion. And then, the beauty and relief of the sun on the horizon as she finds her place.

What is life? What is life when one cannot move, cannot speak, cannot breathe on her own. “What would happen if my oxygen would be shut for two minutes?” Asks Mrs.Tammy Carmel. “I would not live. So too, without Lechu V’Nelcha, there is no life”

It is with one heart, one purpose, one goal that the girls have gathered on this night. As our voices rise in song it seems as the malachim themselves are singing along. 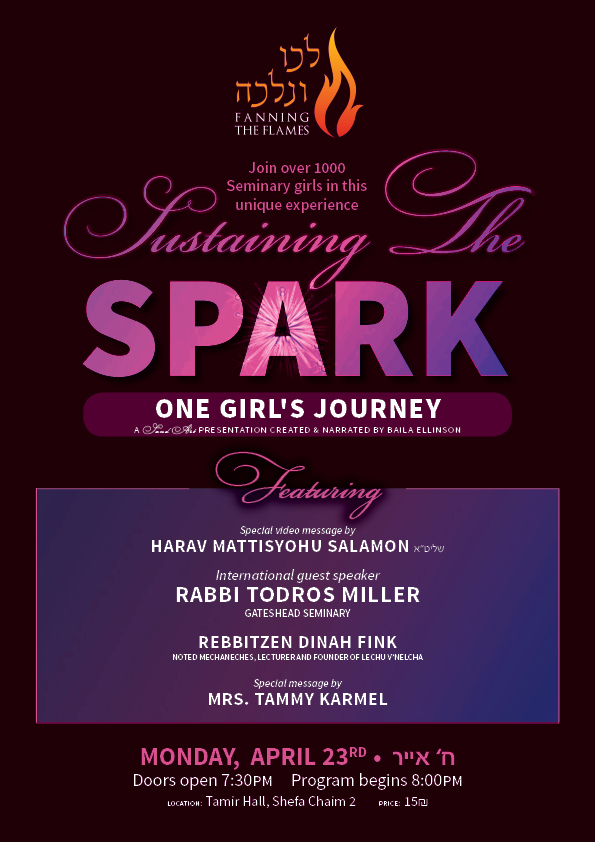 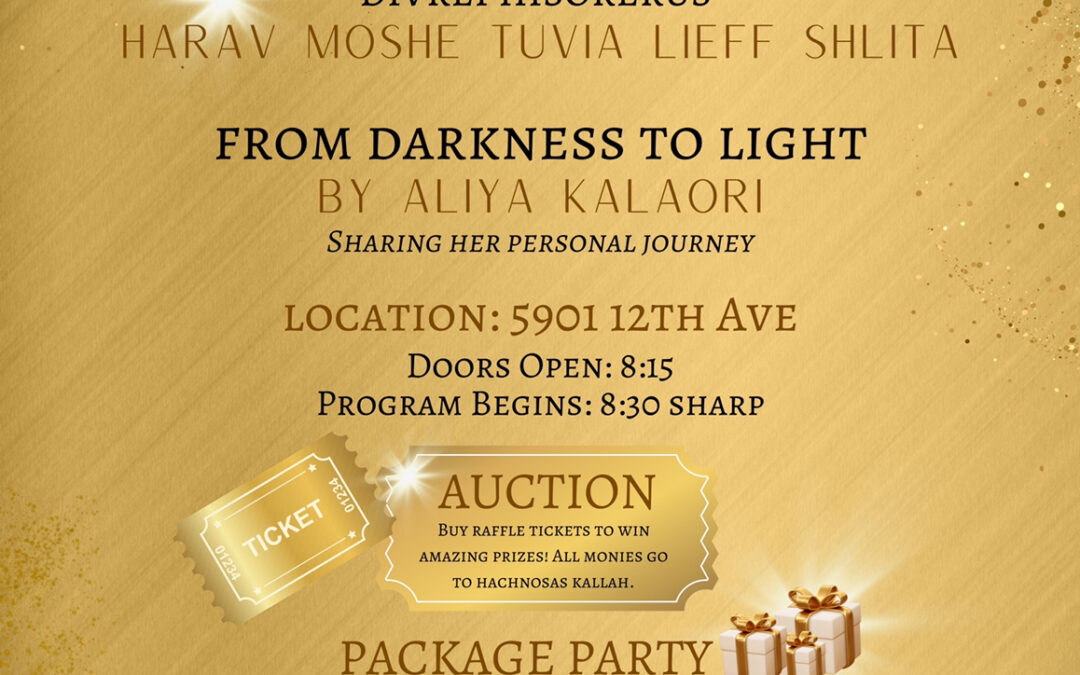 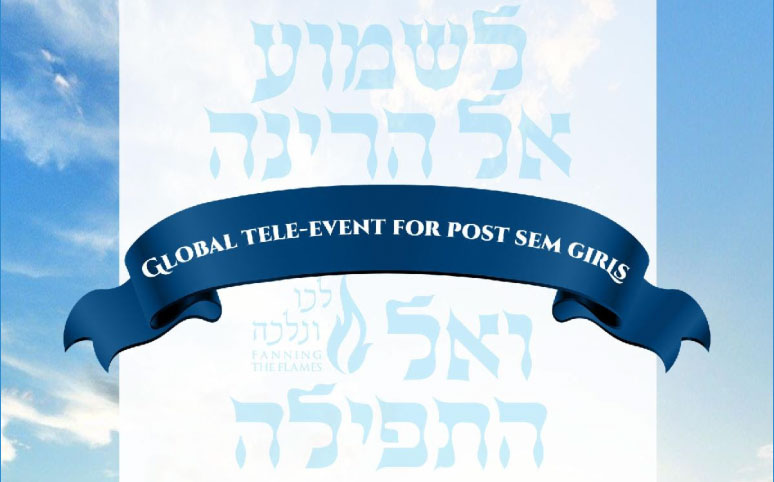 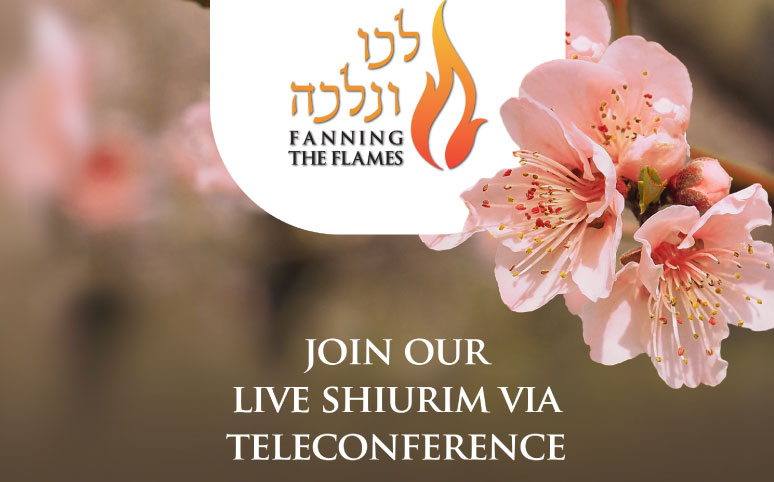 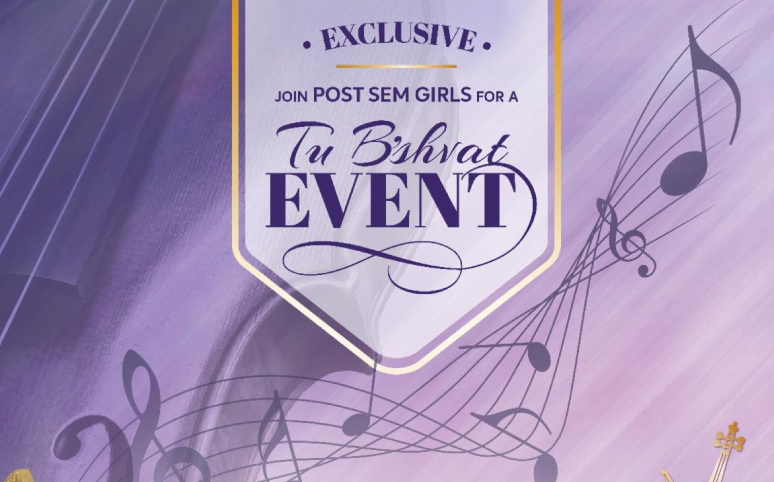